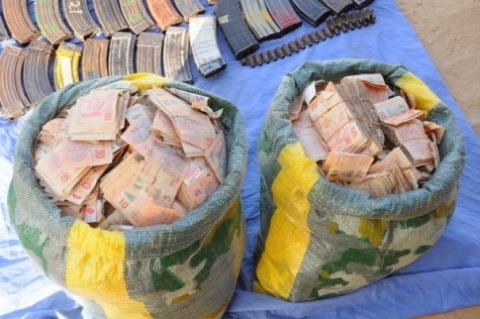 Nigerian troops yesterday said they have seized a massive armory full of weapons, money and ammunition belonging to dreaded Islamic terrorists, Boko Haram in one of the camps raided yesterday as part of the ongoing counter-terrorism operations.

According to Major General Chris Olukolade, Defence Headquarters’ Information Director, the military  also recovered large quantity of arms from the terrorists that got killed in the night raid.

Similar counter-terrorism operation was also carried out by Multi-National JTF in other camps along Lake Chad where huge amounts of cash were recovered with 7 Boko Haram members captured alive.

During the operation, 1 soldier died and 5 others severely wounded.

Major General Olukolade further stated that the troops conducting a cordon and search for remnants of the daring terrorists who attacked Giwa Barracks in Maiduguri yesterday, had an encounter with some of them in the general area of Kayamla and Alu Dam on the outskirts of Maiduguri this morning. More of them were either killed or arrested.

“Those captured in the encounter are providing useful information towards the discovery of other hide outs of the daring terrorists. “It has been revealed that the terrorists are now desperate to either free or kill the ones being detained, with a view to avenging or preventing further revelations about their operations and hide outs as this has been frustrating their plans lately.”

He said that more bodies of dead terrorists have been discovered along the routes of their attempted escape, and that the morale and fighting spirit of the troops have been further boosted by the outcome of the operations so far.

“Meanwhile, cordon and search as well as patrols and pursuit by air and land is continuing in the entire mission area of Borno, Yobe and Adamawa States,” he said.

See more photos of weapons recovered from the terrorists. 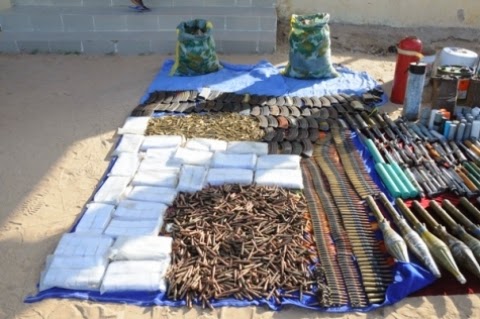 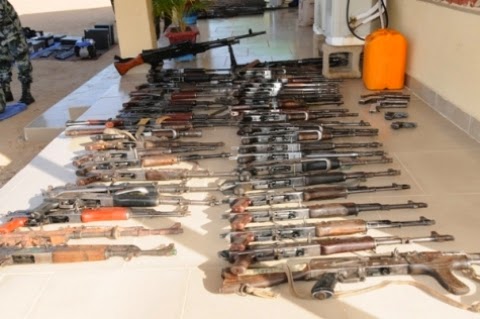