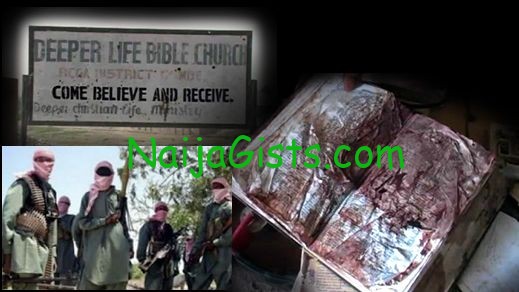 Some gunmen suspected to be Boko Haram militants opened fire on a group of worshippers at a Deeper Life Church located at Otite area of Okene in Kogi State Nigeria killing 15 people instantly. naijagists.com

He said 15 worshippers died after the gunmen opened fire on them while the 16th person died on the way to the hospital.

According to him, several people were injured.

No group has come open to claim responsibility for this attack yet however, Boko Haram has been responsible for similar attacks in several parts of Northern Nigeria.