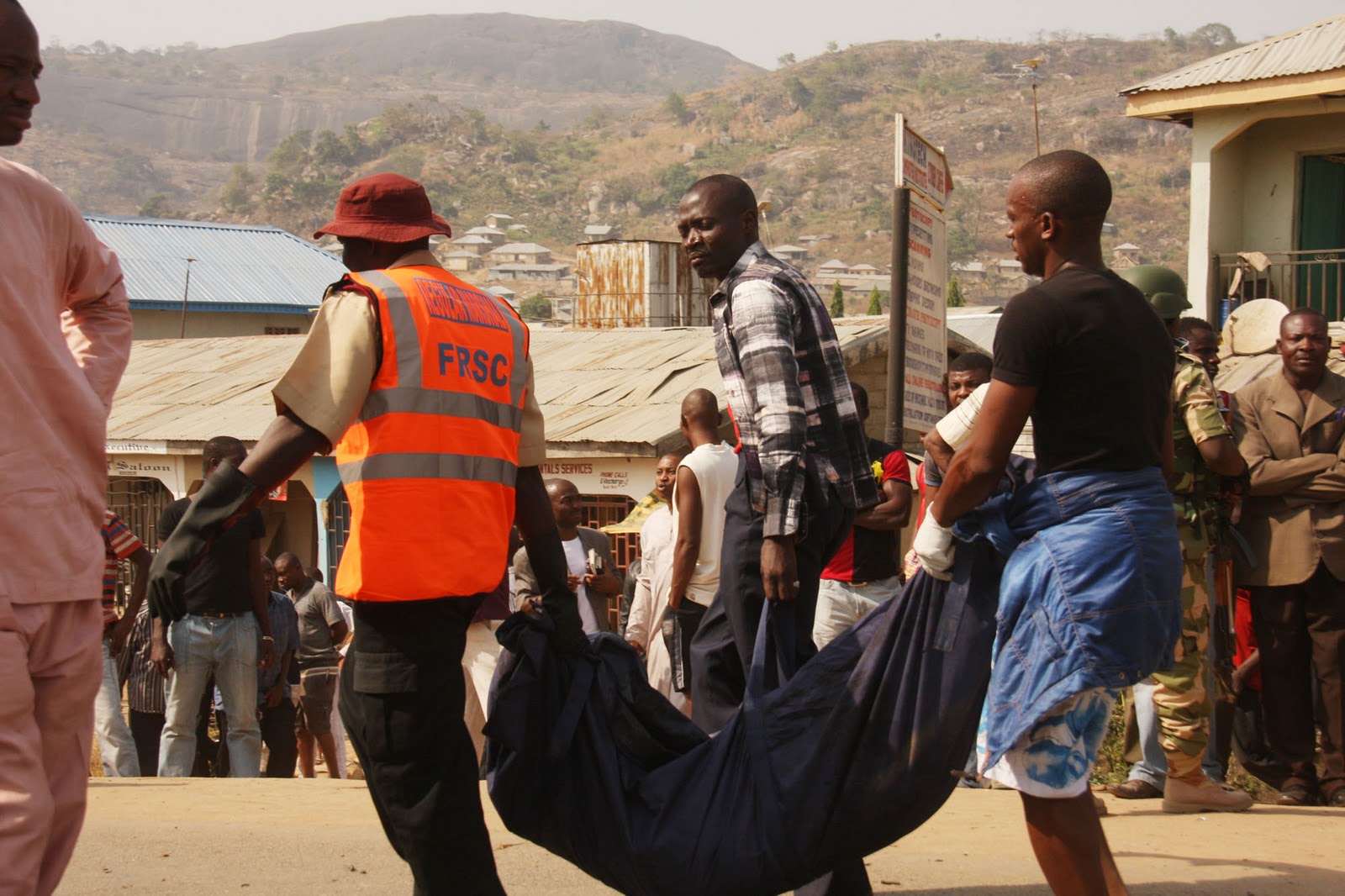 The past 48 hours has been bloody in the Northern party of Nigeria.

No fewer than 82 people were killed in three attacks on Monday and yesterday in Plateau, Kaduna and Yobe states.

On Monday night, gunmen killed 18 traders in a market in Yobe State.

A lecturer with the College of Agriculture, Gujba, who was returning from Ashaka, Gombe State, was shot dead by fleeing gunmen at Buni Gari.

The Yobe police chief said: “The traders were ambushed by the bandits while travelling back from Ngalda local market, a border town with Gombe State.

“The bandits attacked and killed 18 traders, 10 from Kukuwa and eight from Dokshi village. They took away their money, which ran into millions of naira.”

The bandits, Rufai said, were masked and dressed in military uniform.

Rufai explained that the attackers also ran into a quarry plant and attacked policemen attached to the plant, killing one policeman.

He said no arrest had been made.

He added: “Joint Task Force (JTF) and police are now combing the bush and security agents across the state are on the red alert.”

The commissioner expressed regret that “bandits are now parading themselves as Boko Haram to wreak havoc on innocent people and inject fears in them.”

The Yobe State Council of Chiefs condemned the attack.

In a communique issued at the end of its seventh Council meeting held in Damaturu, the monarchs praised security agents for restoring peace in the state, but regretted the Monday night attack.

The Emir of Fika, Mohammad Abali IBN Idrissa Mohamadu, urged the people to cooperate with security agencies in the fight against terror.

No fewer than 30 people were reportedly killed and three villages completely razed by gunmen suspected to be Fulani militia in Zangan, Zandyen and Azing villages in Kaura Local Government Area of Kaduna State.

But the police have refused to comment on the killings. Commissioner of Police Olufemi Adenaike told reporters to wait till today.

The police boss said: “Please, wait till tomorrow. I will address a news conference tomorrow to give you details; otherwise, you will be writing a half story. The information is coming in bits.”

A resident of the area, Bulus Gwaza, told reporters on the telephone that the gunmen came in a large number and shot indiscriminately.

He said: “Right now, we have buried over 30 bodies and we are still looking for more in the three villages. Not a single house is standing now as I am speaking to you. They killed one Policeman and one soldier. In fact the soldiers ran because of the guns the attackers had and their large number. No one is in these villages, except some of us looking for bodies to bury. Please, tell government to come to our aid.”

Details of the attack were sketchy yesterday. It was gathered that the villages attacked are located on the boundary between Kaduna and Plateau. The slain soldier was reportedly attached to the Joint Task Force in Plateau.

The Centre for Development and Rights Advocacy (CEDRA) urged the Federal Government to declare a state of emergency in Kaduna state as the only means of securing Southern Kaduna from such attacks.

In a statement, its Director, John Danfulani, said: “It is clear that Governor Yero of Kaduna State and his security team are deficit of the knowledge of effective administration and physical security management.

The attack in Plateau State was on two communities in villages bordering Plateau and Kaduna states. No fewer than 32 people died.

The two villages are Rajak and Atakar, parts of which fall under Riyom local government of Plateau State. The other part falls under Kaura Local Government of Kaduna State.

The attack came less than 24 hours after a security meeting organised by the Plateau State Police to find a lasting peace in the state.

It also came less than a month after a similar attack in Shonong village in Riyom local government, which left about 40 people dead.

The gunmen, who invaded the two communities at about 3am, were said to be in hundreds. They were armed with sophisticated weapons.

A survivor, Joel Mana, said: “The gunmen started shooting sporadically and setting homes on fire. They shot any one who ran out of their houses to escape. They have burnt more than 60 homes.”

Confirming the attack, the member representing Riyom Constituency in the Plateau State House of Assembly, Hon. Daniel Dem, said: “The police confirmed to me that 32 members of my constituency were killed by the gunmen. Initially, we thought the casualty was 28, but it is actually 32 people. Among those killed were two soldiers of the Special Task Force (STF).”

Dem described the incident as sad and inhuman. “How can gunmen kill over 70 members of my constituency within less than a month? This is a slap on the security agencies”, he said.

The lawmaker said the victims had been given mass burial in both villages and most of the survivors had fled to parts of Kaduna State, especially those whose houses were razed by the attackers.

He urged the Federal Government to deploy more troops in the area and begin aerial surveillance to stop further attacks in the communities.

Plateau State Police confirmed the attack but could not confirm the casualty figure.

The Special Task Force (STF) on Jos crisis, code-named Operation Safe Haven, said to have lost two men, also did not speak on the attack.