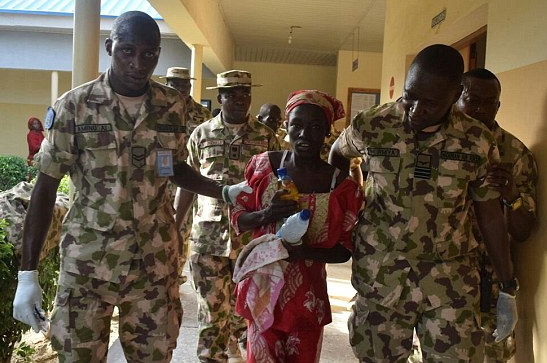 August 5, 2016 – Boko Haram Survivors And The Stockholm Syndrome, An Article By Tony Ogunlowo

Right now more and more people, hostages, are being rescued from the clutches of the Boko Haram sect. Many of them who were abducted as girls are returning as mothers having had children with their abductors.

Unfortunately many of the returning women are being ostracized by their own families and communities for having kids with their kidnappers. People can’t understand why they had relationships with their captors. Rejected by their own many of these women have expressed their desires to return to their ‘Boko Haram ‘husbands’ and people can’t understand why they would want to go back to such a dreadful place to live with equally dreadful people.

The answer is very simple and it’s called ‘Stockholm Syndrome’ or capture bonding where people held against their will, in time, start to bond emotionally with their captors.

When people have been in captivity for long periods of time the hostile relationship between captive and captor begins to break down and they begin to have feelings for each other. Sometimes hostages feel empathy for their captors and begin to feel sorry for them and think like them. Notable cases are the Stockholm bank robbery of 1973 where hostages began to feel sorry for the bank robber who had captured them and Patty Hearst who was kidnapped by the SLA in 1974 and later joined them on bank robberies and helped them make propaganda announcements.

It’s not just hostages who suffer from ‘Stockholm Syndrome’. People in abusive relationships, mostly women and children, are known to suffer from it too. After being abused for so long they begin to reason with their abusers, seeing things from their point of view until they start to blame themselves for their abusers often violent actions towards them.

Women kidnapped by the Boko Haram would initially be scared of their kidnappers but as time goes by (-and some of them have been gone for a long time) they will become friendly with their captors. Its human nature to seek out a friend. From time to time when we’re going through a rough patch in life we all need a friend or a shoulder to cry upon – and that shoulder could belong to anyone, even a Boko haram murderer.

To integrate them back into society we have to understand they’ve been away for a long time and would have become friendly with who we regard to be the enemy – even having offspring with them – because to them, over time, they became close – something that was beyond their control.

The people coming back from captivity will be strangers, shadows of their former selves. Their ways, mannerism and habits will all be different to what they used to be and they will have a general mistrust of the people around them. They will be scared – even of their own families and shadows – because they would have lost the ability to trust another human.

They will need a lot of TLC, tender loving care, and without any doubt therapy to help re-integrate them back into society, to de-programme their confused minds and help them become themselves again. And to the authorities concerned leaving them on their own or dumping them in IDP camp doesn’t constitute help or therapy. Sadly our health authorities do not have specially trained psychiatric units standing by to provide the required therapy for people recovering from ‘Stockholm Syndrome’.

Also their families and their communities have a big role to play. Instead of shunning them because they’ve been with the Boko Haram for so long every effort must be made to help them. Remember none of them willingly went to live with the Boko Haram fighters and have kids with them. They were abducted and most likely subjected to un-imaginable abuse before their wills were broken.

To help them back to their former selves will require a lot of effort from everybody around them – stigmatizing them won’t help. If for one minute they think they’ve been rescued from one hell hole to return to another they won’t think twice before indicating their desire to return to their former captors. Their children shouldn’t be ostracized (- or thrown away or killed as some reportedly have been!) but welcomed into the family and the community. You cannot blame a poor innocent child for its conception, something of which it has no control. 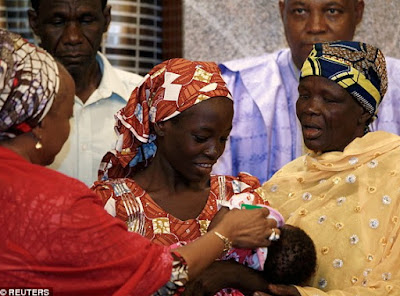 And the same goes for children conceived as a result of rape or from an abusive partner – DON’T TAKE IT OUT ON THE INNOCENT CHILD! They might be created as a result of an un-holy union but every effort must be made to ensure they are given an equal chance to live a normal life.

You waited a long time for your loved ones to return from captivity, now they’re back don’t shun them or drive them away because they are slightly different. If you force them to run away you’ll never see them again.