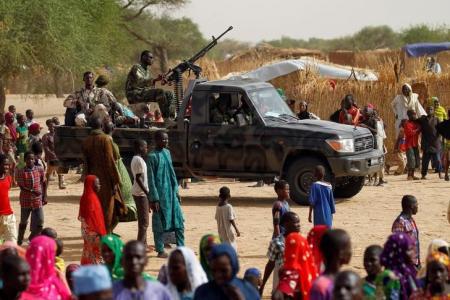 In a statement issued by DSS today, the agency gave the names of the suspects as Amina Abubakar, Bukar Kologoni, Hassan Bukar Fanayi and Butame Hassan.

The suspect identified as Abdullahi Mohammed aka Hujaat was said to be the man coordinating Boko Haram activities in Okene.