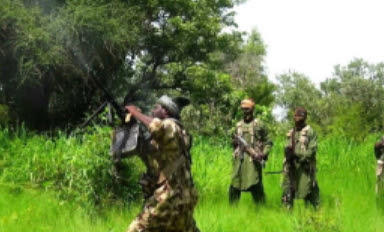 The factional leader of the Boko Haram sect, Abubakar Shekau is on the run after escaping from Operation Lafiya Doyle troops in Sambisa forest.

According to Army Spokesman, Sani Usman, Shekau who abandoned his followers and fled from his “mansion” inside Sambisa forest now disguises as a woman in a desperate bid to escape from the military.

Usman urged the public to be on the look out for terrorists disguising as women. 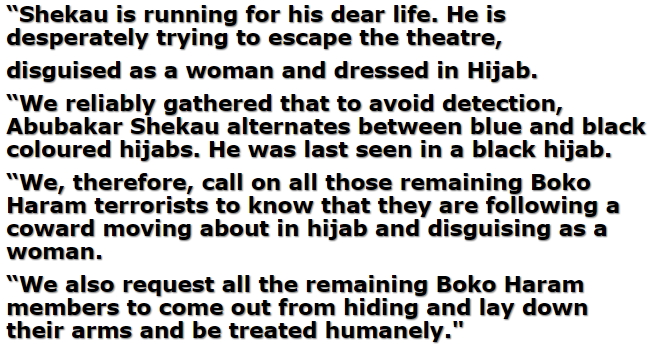