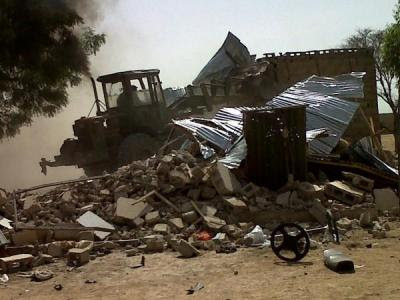 According to latest reports coming from Damaturu today, several members of Boko Haram sects were killed during a raid on their hideout in Yobe State.

As at the time of this report, we couldn’t ascertain the total no of terrorist killed in the raid.

A staff member of Damaturu Specialist Hospital said 3 dead bodies were brought to the morgue after the raid.

One by one the judgement of God has started on this evil sect.