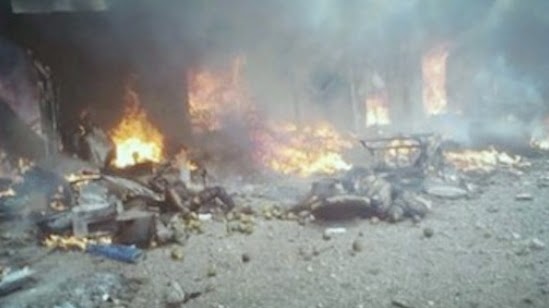 Twin explosions that rocked a crowded market and a commercial street in Maiduguri this afternoon has killed an unspecified amount of people.

Hear what the leader of fishermen in Borno state, Abubakar Gamandi said about the attack:

“There have been two blasts this afternoon, one targeting the fish section of the Monday Market and the other one at Gida Madara. Nobody is allowed close to the scenes of the blast.”

This is the second attack in Maiduguri this week.