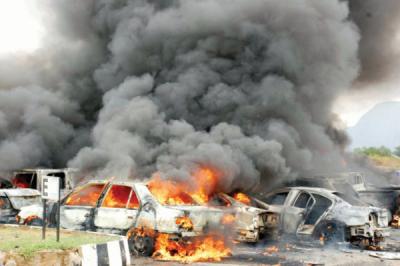 The Peoples Democratic Party (PDP) has called on Nigerians to imbibe the spirit of peace, unity and harmony, just as it condemned the renewed violence that occurred last week in some parts in the north.

In a reaction to last Friday’s bombing and killings by the notorious Islamic sect, Boko Haram, the Acting National Chairman of the party, Alhaji Abubakar Baraje, yesterday, in a release, reiterated that the violence in Maiduguri and Damaturu was condemnable.

The chairman, who stated this in a goodwill message to mark this year’s Eid-el-Kabir, noted that what Nigerians need to do now is join hands and forge the peace, unity and harmony of the country. This, he said, is the only necessary condition to set in motion the creative potentials of the transformational agenda of the present Federal
Government.

He called on all Nigerians, particularly eminent citizens and men and women of goodwill, to urgently rise up to the current challenges facing the collective destiny of the nation.

While decrying the wanton destruction of lives and properties in the two North-East state capitals, Baraje argued that no meaningful growth and development of the country could be achieved in an atmosphere of strife and serial threats to the security and the general wellbeing of the nation.

He described last weekend’s bomb attacks in Maiduguri and Damaturu as “most bizarre, tragic and unfortunate, more so as it literally broke the peace, sacrifice and solemnity which the Eid-el-Kabir signified.”

He, however, extended deep sympathy to the families of those who lost their loved ones and prayed that God would comfort them at this painful period. He also expressed absolute confidence in the commitment and ability of the Goodluck Jonathan administration to, effectively, tackle the security challenges and thereby create an atmosphere in the country where the creative potentials of the Nigerian people would be unleashed.

Baraje urged Muslim faithfuls and all Nigerians to continue to pray for the sustained peace, unity, harmony and progress of the nation, adding that violence, in whatever form, had never resolved conflicts or differences in human history.(daily times)