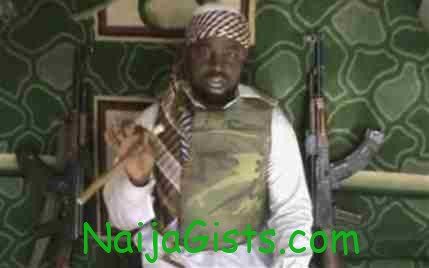 May 2nd, 2012 – Boko Haram Plans To Wipe Out Christians In Nigeria

Christian Association of Nigeria, CAN has raised an alarm there is an agenda to wipe out Christians in Northern Nigeria owing to series of bombing of churches in the north by Boko Haram insurgence. naijagists.com

A statement issued by Southern CAN, comprising the 17 Southern States lamented that the arsonists always attack churches and leave the mosques, while the majority of the casualties had always been Christians.

“We are particularly worried over the attack on the Church at Bayero University, Kano Campus, Kano, because reports indicate that the majority of those killed, including two professors are Christians from Kogi State in North Central zone of the country. This is unacceptable to Christians from the Southern part of this country.

“That the gunmen walked past several Mosques on the campus and singled out the Church for this dastardly act has reinforced our belief that there is an agenda by those who carried out these acts to exterminate Christians in the North and Islamise the country,” said CAN in a statement signed by its Chairman, The Most Rev. N. D. Okoh and Dr. Joseph A. Ajujunwa, Secretary.

“We call on governors of the 17 Southern States, all political leaders, all grades of traditional rulers, Muslim leaders and all people of goodwill to join hands with the Federal Government of Nigeria to solve this menace that is threatening our National unity. No section of our society, whether Christian, Moslem, Atheist or adherent of other religions should sit on the fence and watch this evil grow with the erroneous belief that it is far from them, it is a real threat to all.

“We are being dragged into a situation where we may ask Christian parents of Southern extraction to relocate their children or wards from universities and other tertiary institutions in the North to the Southern part of the country for safety of their lives,” they stated.

The body pleaded with the National Youth Service Corps, NYSC, Secretariat, to be sensitive to the personal security of Southern Corps members and ensure that they were not put in harms-way by posting them to states without adequate protection for their lives.

They added that the elders and leaders in the North should do more to show concern for the plight of Southern children in their domain.

“In the present circumstance, it is difficult to trust that it is well and safe for these children as they are being re-assured by leaders in the North.

“We continue to appeal to both religious and political leaders, traditional rulers and leaders of thought to see that what is happening will do nobody any good. There will be no winner if Nigeria is eventually allowed to be destroyed. Even the perpetrators of these evil acts will be losers. There is need for all to support the Federal Government and Security Agencies with adequate intelligence report,” the statement said.

It added: “We wish to alert Nigerians and in deed the Federal Government of Nigeria that it is becoming increasingly difficult to restrain individuals and families who are bereaved of their loved ones from thinking of revenge. The only answer to this situation is for the Government to protect the people and save us from anarchy.

“The impression must not be given that certain individuals or groups are above the law of the land. The unity of Nigeria must be preserved at all costs.”

Meanwhile, US Secretary of State Hillary Clinton said Tuesday the United States “strongly condemns” a deadly attack on worshippers at church services in Nigeria as well as other attacks on civilians, reports AFP

On Sunday, attackers with bombs and guns opened fire at church services at Bayo University in the northern city of Kano, killing around 20 people as worshippers tried to flee, witnesses and officials said.

“The United States strongly condemns the recent attacks on innocent civilians in Nigeria, including yesterday’s disgraceful assault during church services at Bayero University in Kano,” Clinton said in a statement.

“We are concerned about attacks on churches, news media, and government installations that increasingly target innocent civilians across northern Nigeria,” said Clinton, who is currently en route to China.

“We condemn attempts by those in Nigeria who seek to inflame Christian-Muslim tensions, and support those who recognize Nigeria’s ethnic and religious diversity as one of the country’s greatest strengths,” she said.

Suspected in Sunday’s attacks is Boko Haram, which initially claimed to be fighting for the creation of an Islamic state in Nigeria’s north, but its demands and structure have become less clear in recent months.

Nigerian troops killed a suspected Boko Haram militant Tuesday during a pre-dawn raid in the city of Kano over the weekend attacks against church services.

In a related development, a video purportedly from Islamist group Boko Haram on Tuesday showed footage of last week’s attack on a Nigerian newspaper and threatens news outlets, including two foreign organisations.

The YouTube video includes spoken threats against several Nigerian news organisations as well as the Voice of America and Radio France International services in the Hausa language, which is spoken in northern Nigeria.

The voiceover divides the news media into three categories. One is outlets that have already been attacked, namely ThisDay newspaper; the second groups those Boko Haram is ready to attack now, including VOA; and the third is for those on the verge of being targeted, including Radio France, the voice says.

“These media outlets have committed serious crimes that are harmful to Islam, which we can’t forgive,” says the voiceover. “We must take our pound of flesh.”

At several points in the video, footage is shown of the suicide bombing of ThisDay’s office Thursday in the capital Abuja, where five people were killed, including a security guard, three passers-by and the attacker.

The video is taken from a distance, but a sport utility vehicle can be clearly seen entering the gate of the newspaper’s office, quickly followed by a powerful explosion and a burst of flames.

A voice, apparently that of the person filming, says “Allahu Akbar” (God is greatest).

Another portion of the video shows a person portrayed as the suicide bomber for the newspaper attack, at one stage holding an AK-47 assault rifle, at another time waving from inside a vehicle.

The attack Thursday was one of two targeting the media. A complex housing several newspaper offices, including for ThisDay, was also bombed the same day at roughly the same time, killing four people.

The bombings were the first such attacks against news media in Nigeria, which has been hit by months of deadly violence attributed to Boko Haram.

God have mercy on Nigerians