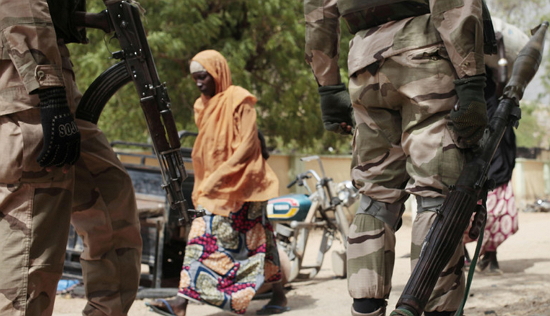 Some Boko Haram terrorists who fled Sambisa have attacked a community in Borno south.

The terrorists surrounded Kautuva a village in Damboa near Chibok town on Tuesday shortly after the Muslim early morning prayers and set the houses on fire.

Hear what a Chibok Vigilante group volunteer told NAN about this latest attack:

“They surrounded the village and started burning all the houses. This forced people to flee their homes and, in the process, Boko Haram fired shots at them, killing four villagers in the process. They also kidnapped three women,”.

Survivors of this latest attack who fled to Chibok yesterday reportedly informed the vigilante volunteer who requested anonymity.