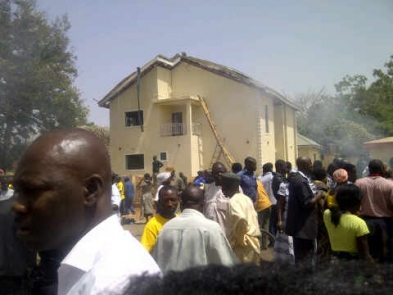 According to a witness of this tragic bomb attack, the suicide bomber entered the church as a regular member this morning.

This bomb explosion was followed by sporadic shooting with several residents fleeing the area for cover.

As at the time of this report, 4 people were confirmed dead while others severely injured.