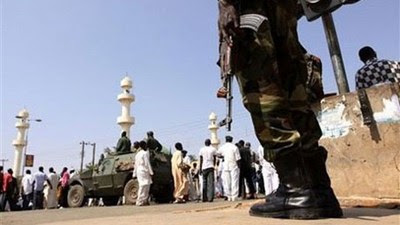 Some army officers on duty in Maiduguri lost their lives this afternoon after two suspected female Boko Haram suicide bombers detonated their explosives.

This latest tragedy was a recast of another attack that happened recently in Maiduguri which left 5 police officers dead.