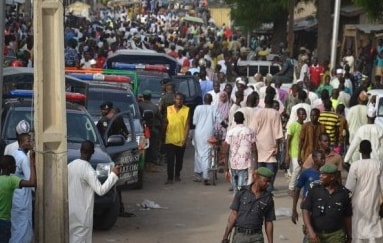 Police in Borno today said a terrorist on a suicide mission has died alone after mistakenly detonating his explosive before reaching his target.

The incident reportedly happened around 7:20pm near the Monday Market General Area of Maidiguri on Saturday.

According to Borno State Police Commissioner Damian Chukwu, the suicide bomber with IED strapped on his body was rushing to the market on sighting a massive crowd.

He mistakenly pulled the control attached to his suicide vest, killing himself alone before reaching the crowded market.