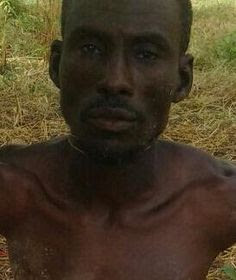 The officials of Bauchi State Police Command  have helped the military to apprehend a fleeing Boko Haram terrorist in the state.

The suspect, 25-year-old Mohammed Nafiu was caught at his hideout in Tama Village, Toro LGA of Bauchi on the 12th of April 2017.

Bauchi Police Commissioner, Mr Garba Umar, announced the arrest of the suspect alongside other criminals while presenting him to newsmen in Bauchi on Thursday.

He explained that the suspect being 176th on the wanted list of Nigerian Army was arrested following intelligence report.

He added that the suspect had fled from Sambisa Forest following the flushing out of the terrorists by the military.