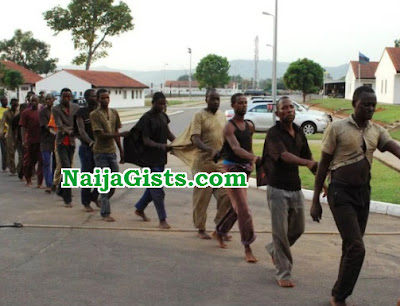 The Chief Of Army Staff, General Yusuf Buratai has hinted Nigerians that the incessant attacks on farmers and villagers in various states of the country by herdsmen may be the work of Boko Haram terrorists disguising as herdsmen.

He urged Nigerians to be security conscious and report any suspicious group of people roaming carelessly about in their communities to the security agencies.

Buratai gave the hint in Abeokuta today during a visit to Governor Ibikunle Amosun.

He said the army is investigating the terrorists, herdsmen.