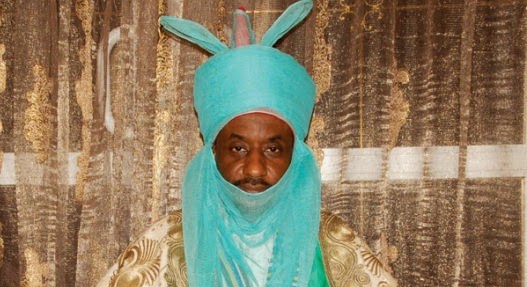 Few hours after an attack that killed innocent Nigerians at Kano’s Central Mosque, the Emir Of Kano Sanusi ordered people of Kano to take up arms and defend themselves against further attacks by the dreaded Islamic sect.

Boko Haram has replied him and threatened to attack him in return..

In a recent video obtained by Premium Times, a person claiming to be the leader of the group said:

“Now listen to me Emir of Kano. I am talking to you and only you because of your recent utterances.

“Emir of Kano Sanusi you are late, that our triumph is just for a period of time so you said. Even your predecessors who are renowned idol worshipers in Islamic history like ‘Abujahal’ could not succeed fighting Islam.

Yes you can say that our success is for a period of time, because you are a king of Bank and a loyal citizen of his country,”

“Because you are made the Emir of Kano that is why you got angry and was calling on the Vigilante groups and hunters to attack us. Let me tell you that the hunters and the vigilante groups will fail and you will also fail,”

“We will kill you people, we will capture hostages and keep selling some.”