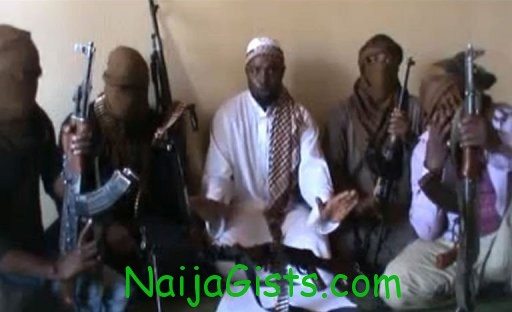 The latest threats emanating from Boko Haram‘s camp is that they will destroy President Jonathan Goodluck’s administration within three months. naijagists.com

The threat by the violent Islamic group, Boko Haram to bring down the administration of President Goodluck Jonathan in three months has drawn the flak of stakeholders in the Niger Delta region warning of grave consequences should any harm befall him.

Watch the video below for more on their threats

Nobody knows how and exactly when they’ll fulfill their mission.

Permits me to say that only God has the power to pull down any administration he wishes.

Who are Boko Haramists beside God?.

Time will tell the fate of this evil Islamic sect called Boko Haram in Nigeria.