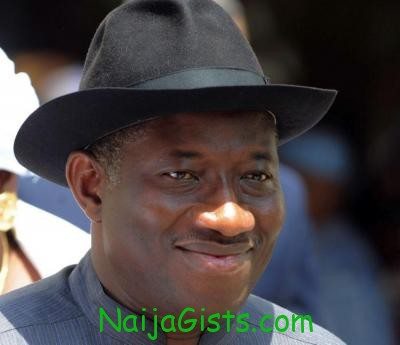 The President of the Federal Republic of Nigeria, Goodluck Jonathan, yesterday in Paris, said that with the intensified efforts of Nigerian security agencies to curb the menace of extremist sect, Boko Haram, the existence of the group in Nigeria will soon be history.

Declaring open the biennial Honorary International Investors Council (HIIC) meeting, Jonathan assured members of the council and the international community that the Nigerian government was on top of the security situation in the country.

“Very shortly, the tide of Boko Haram will be stemmed,” the President said.

Jonathan, who noted that several arrests had been made which led to the wiping out of a cell of the group from Niger State, said that Nigerian security operatives were also working round the clock to rid Borno State of the notorious extremist group.

He said that in addition to ensuring the safety of lives and property all over Nigeria, the Federal Government was equally committed to ensuring food security for the country’s growing population and the transformation of the national economy.

“I am happy to inform you that despite the general shrinking of the global economy by 2% in year 2010 and a not too favourable outlook for 2012, Nigeria remains a growing economy, achieving an average growth rate of about 6% in the last three years. Indeed, the economy recorded an average GDP growth rate of 7.85% in 2010 and 7.72% in the second quarter of 2011 respectively,” Jonathan said.

“To further demonstrate our resolve to transform the economy, the newly created Ministry of Trade and Investment is an attempt to demonstrate the Federal Government’s  commitment and recognition of the strategic importance of private capital in economic development.”

Earlier, while welcoming members of the council to the meeting, the coordinator, Baroness Lynda Chalker urged international investors to take maximum advantage of the quality leadership of President Goodluck Jonathan and show more interest in doing business in Nigeria.

Jonathan had, on his arrival on Wednesday in Paris, addressed African envoys at a cocktail reception.