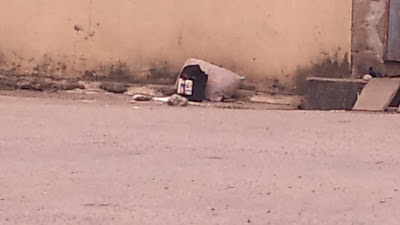 According to an eyewitness named Bola, a shocking discovery of a bomb at Reliance hotel in Ikeja, Lagos State Nigeria took residence by storm this morning.

At around 9am on Wednesday morning, a cleaner discovered a bomb at one of the room in Reliance hotel in Ikeja. She quickly called the attention of the hotel management who notified the anti-bomb squad.

As at the time of this report, the bomb has been defused.

How did the bomb get there in the first place?