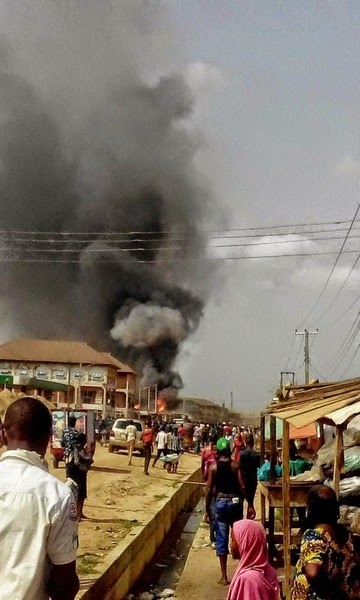 A bomb explosion that ripped through a popular Radio station close to Okene area of Kogi yesterday killed at least 5 people.

According to locals, some suspected Ebira gunmen stormed Tao FM Radio station in Adavi LGA of Kogi around 7pm yesterday opening fire on the staff.

The radio station mostly in Ebira language is popular for its radical stance on political analysis of the people of Ebira land.

Witnesses who heard sporadic gunshots which lasted for about 10 minutes said they saw some masked gunmen fleeing from an hilux van after the attack.

This bombing is the first of its kind in Kogi state.

Photos: Tears In Indonesia As Nigerians & Other Drug Dealers Line Up For Execution
Lagos Prophet Who Attacked Man For Refusing To Pay For Deliverance Prayer Ran Out Of Court