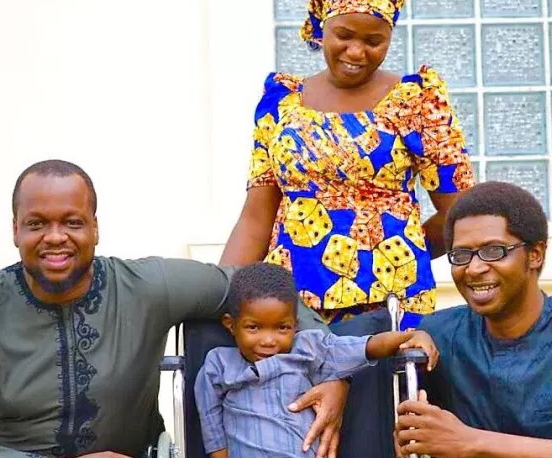 A 6-year-old boy from Chibok, Borno State, who was paralyzed by Boko Haram three years ago, has the chance to be on his feet again.

An Abuja-based charity group Dickens Sanomi Foundation, has offered to pay the medical bill of the boy, Ali Ahmadu.

Boko Haram militants had run over the boy during the April 2014 invasion of the town where 275 schoolgirls were kidnapped by the terrorists.

The medical bill for the spinal cord surgery to enable young Ali to walk again, is $48,000 (N14, 640,000.00). Surgery will take place at a medical facility in Dubai, United Arab Emirates, according to a statement by the Foundation.

“Ali needs corrective surgery to enable him walk again after he was over ran with a motor cycle in Chibok by Boko Haram members during a night raid,” said Nuhu Kwajafa, the coordinator of Global Initiative for Peace, Love and Care (GIPLC), an NGO spearheading the campaign for the medical aid of the young victim.

Mr. Kwajafa said the total requirement needed for the complete treatment of Ali was put at $60,000.00 (N18, 300, 00.00), including feeding, accommodation for three months. Mr Kwajafa expressed his thanks and appreciation to the National Assembly and all well-meaning Nigerians for their support and contribution, thus far.