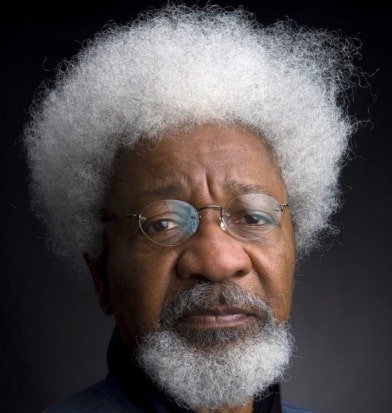 Prof. Wole Soyinka on Sunday lamented the growing challenges posed to the security of Nigerians by herdsmen, saying President Muhammadu Buhari’s failure to resolve them has eroded his administration’s achievements.

Soyinka added that the “carelessness” and “negligence” of the Buhari’s administration to the herdsmen menace has led to the death of many Nigerians.

The playwright spoke at his serene Ijegba home tucked inside a forest beside Ilugun-Itoko community, Abeokuta, Ogun State.

The octogenarian was hosting 85 pupils drawn from all the six-geopolitical zones of the country to mark his 85th birthday.

He noted that the problems of the country have overwhelmed President Buhari, saying they cannot be solved by his administration.

Soyinka advised the President to convoke a national dialogue among all the people across party lines so as to engage in governance that would benefit the generality of Nigerians.

“I am sure that carelessness and single act which has resulted in hundreds of people being killed in massacre, in their farms and their farms taken over; it has wiped away a lot of the positive achievements of the government.

“It is an issue that is so serious and which concerns the welfare of you and me that any carelessness or any failure there is totally unforgivable and unpardonable.

“It is not that one like to criticise for the sake of criticising; No. It is just that we believe that there is a minimal level, which any government which has been elected to power must achieve to be considered a true representative of the people.

”If you agree first of all that the problems of this nation are completely beyond it, that is the first admission. And we should start thinking in terms of partisan government, it is going to form in my view, a government called across political parties and need to forget their allegiances and really comfort this nation as a habitation of human beings for very serious issues like economic, health, security, etc.”

Soyinka called for “an indaba across all sections which we all meet and debate everyday, including the economy of this nation. “I think that is best way to go. I believe very frankly that the problems of this nation are beyond the solution that can be offered by this government.”

Speaking further on governance, Soyinka said: “Governance is a very difficult occupation, Nigeria is a very complex nation for lot of reasons; its history, the background, the formation of it, the complexity, the culture, balancing here and there and then, you have several complications, like fuel, among others.

“Politicians that money has gone into their heads, misdirect themselves in terms of priority; they neglect some sections. Some of them are nepotistic and some of them alienated themselves from the public, which is the people they are supposed to serve and govern, and they think they are still colonial masters, especially, when we went through the military period.”

The literary giant rated all past administrations below average in governance. His verdict: no government has done well for the people.

According to the social critic, most governments have disappointed the people and lived below expectation, noting that “it is easier at state level to determine which of them has done well.”

He said: “The issue of insecurity in the country today has wiped away the gains of this present administration. Governance is a very difficult assignment because of balancing of interests, access to free wealth and other complexities of governance.

“They have failed because they misdirect, neglect the people and they are nepotic. They are also alienated from the general public. Some even think they are still colonial masters. It is not that one likes to criticise for the sake of criticism.”

On the way out of the nation’s quagmire, Soyinka suggested: “This administration must first admit that these problems are beyond it and tackle them by involving all irrespective of political party affiliation.”

He, therefore, called for a national conference that would involve every facet of the country.

Responding to what he would have chosen to become if not a writer, he said: “If I was not a writer, I would have been a musician or an architect. One thing I know I would not do is Mathematics. I was not good in Mathematics but I designed my house and called qualified architect in order to balance the structure for safety.”

He told the students that he never chose who his audience was when writing instead he simply write on happenings around him. He noted, however, that he sometimes chose his audience when doing guerilla theatre performances at public spaces such as village square, open spaces and front of public buildings.

“I am not an abnormal human being,” he said.