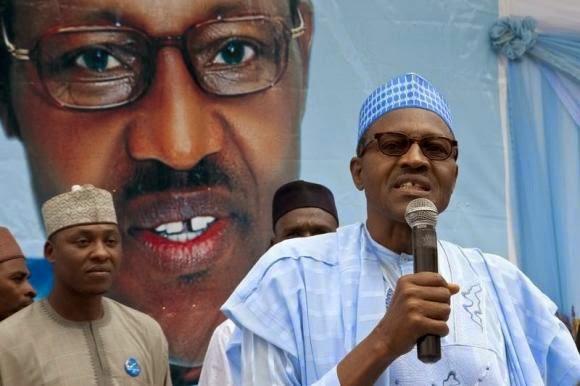 In what looked like amnesty, the presidential candidate of All Progressives Congress (APC), Gen. Muhammadu Buhari, declared in Kaduna yesterday that he will not probe leaders who had been overseeing Nigeria’s affairs from 1999 till date.

The General, said when he takes over on May 29, anybody found to be corrupt, will be punished. The APC candidate took his cam­paign to Kaduna, shutting down the North-West state. He was in Kaduna for the zonal rally held at the International Trade Fair. The event, attended by a huge crowd, with supporters shouting: “Sai Bu­hari.” “Sai Buhari”, meaning, “It is Buhari’ we want, caused traffic gridlock.

Speaking in Hausa, Buhari said: “On the issue of past corrupt lead­ers facing trials in various courts across the country, I would allow the courts to decide on those cases, but whoever that is indicted of cor­ruption between 1999 to the time of searing-in, would be pardoned. I am going to draw a line, anybody who involved himself in corruption after I assume office, will face the music.”

He called on all his supporters to not follow him for the clamour for change, but also to get their Permanent Voter Cards (PVCs) and vote out the PDP.

He said another four years under PDP would make it 20 years of poverty, corruption, lack of power as well as several challenges mili­tating against the development of the country.

According to him, “if you don’t want to continue to suffer, to be enslaved and reduced to mere paupers, then vote APC from the presidential through to even House of Assembly candidates in the forthcoming elections.

“The stealing is continuing, bad leadership is continuing and it is a must that these must change. This is that I have provided myself as a sacrificial lamb for the change,” he said.