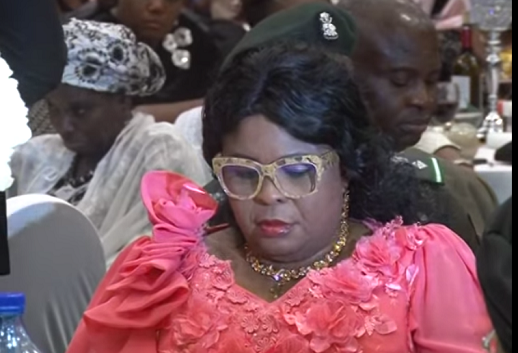 The Director of Media and Publicity of the PDP, Chief Femi Fani-Kayode, reacting to the claim that the First Lady orders stoning of the opposition party members, described Patience as a woman of peace, adding that her speech didn’t propel anyone to take to violence.

Fani-Kayode added that those that dragged the wife of the President to ICC were not educated on issue of international law. He said if they were, they would have known that individuals were not taken to the court on the basis of their speech.

He said, “It is only if that speech is followed by violence and mayhem or if it incites people to commit violence, which results in death, mass murder and crimes against humanity, that the person who indulged in such hate speech becomes an eligible candidate for the ICC.

“Dame Patience Jonathan is a woman of peace. She did not threaten anyone with violence; she did not incite anyone to commit violence or to kill others and her words have not resulted in death, mass murder or any crimes against humanity.

“We therefore completely reject the baseless charge and assertion that she has called for the killing or slaughter of anyone at any point in time.”

This is the same woman FFK called uneducated before he joined PDP. FFK is simply a nomadic politician.