Buhari has dealt the opposition with a big blow after receiving his academic credentials confirmation from a United States Army college.

A US-based Nigerian Sunday Iwalaiye contacted the institution to confirm if Buhari graduated from the place as stated on his profile and he received a confirmation with 17 minutes of sending out the email.

The email confirmed that General Buhari bagged  a diploma in the United States back in 1980 when he was still a colonel.

The school’s public affairs officer, Carrol Kerr claimed that Buhari didn’t get a Masters degree because it wasn’t offered at the time he graduated. The college began awarding Masters degrees in 2000.

See the confirmation below: 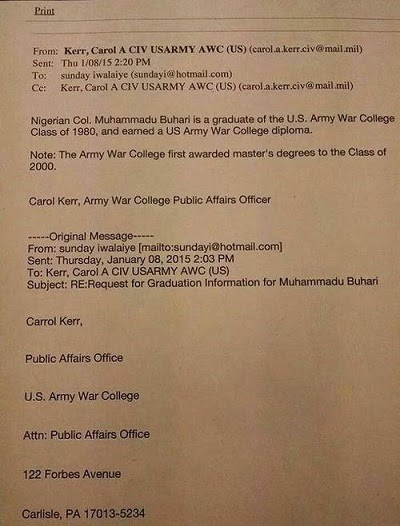 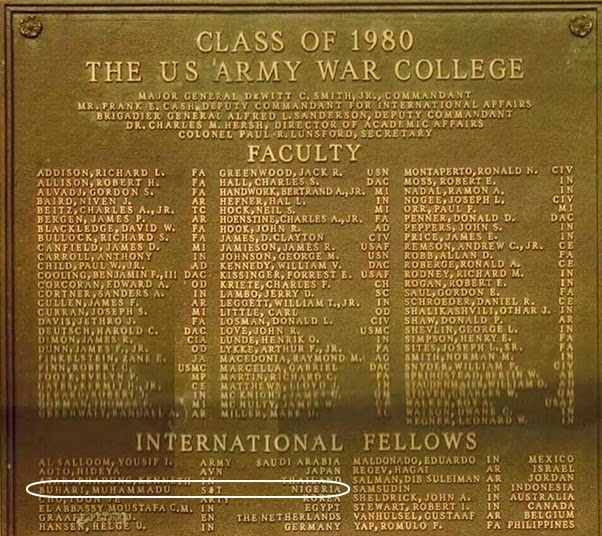