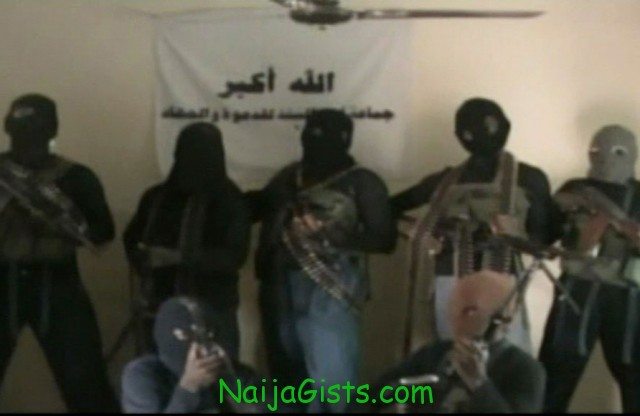 Without doubt, no year has been as terrible as 2011 in terms of bombings and terrorism. The year was ushered in on January 1 with a taste of what was to come when a bomb went off at a mammy market in an Army Barracks in Abuja.

The unprecedented indiscriminate bomb blasts and explosions in virtually every corner of northern Nigeria marked the year as a year of the bomber.

The major ones include the bombing of the UN building, that of the Police headquarters in Abuja, the two bomb blasts in Suleja, Niger State and others.

On April 8, the office of the Independent National Electoral Commission, INEC, in Suleja was bombed, leaving 11 people dead. Niger State was in the news again on Christmas Day as the bombers targeted St. Theresa’s Catholic Church, in Madalla, near Abuja. As at the time of writing this report, 40 people have been confirmed dead.

In mid year, what could be described as an audacious move happened when the Boko Haram sect, which had claimed responsibility for all the bombings, targeted the national headquarters of the Nigeria Police on June 16. Many cars were completely burnt and two lives lost in it.

Barely two months after on August 26, a suicidal bomber targeted the UN building in Abuja, killing many. That singular incident effectively branded Nigeria as a possible terrorist country in the eyes of the international community.

Apart from these major ones, on April 7, an explosion hit a polling booth at Unguwar Doki, Maiduguri, Borno State, injuring more than 10 people.

On April 25, three bomb blasts ripped through Tudu Palace Hotel and Kano Motor Park in Maidugri, Borno State and on May 28, more than 10 people died and 40 were injured after a blast occurred at the mammy market of Shandawanka Barracks in Bauchi, the Bauchi State capital.

On December 7, a heavy explosion occurred at Oria Apata along Katsina Road by Ogbosho Street, opposite the former Scala Cinema. The list seems to be endless.

The most biting effect of the bombing spree that rocked the country in 2011 was the unusual steps taken by President Goodluck Jonathan on Independence Day.

Unlike past Independence Day celebrations, where the presidential change of guards was conducted in an open arena, President Goodluck Jonathan this time around led other dignitaries to witness the commemorative parade at the Presidential Villa, Abuja.

The low-keyed event was held at the forecourt of the villa.  It was conducted by two battalions of the presidential guards brigade – the 177 Battalion based in Keffi and the Seventh Guards Battalion, Abuja. The strictly military event was held amidst fears of possible fresh bomb blasts in some parts of the Federal Capital Territory.

In 2010, two bomb blasts rocked the neighbourhood of the Eagle Square, Abuja, venue of the nation’s 50th independence anniversary celebration with the Movement for the Emancipation of the Niger Delta (MEND) claiming responsibility; although, a faction of MEND later countered.

Many saw the decision of the government to make the ceremony quiet and hold the parade in the presidential villa as a way of avoiding the embarrassment, which another bomb blast might cause the nation.

But in justifying the decision, the Minister of Information, Mr. Labaran Maku, had said that the government did not bow to the threats of a faction of MEND, which had threatened another blast. Rather, Maku attributed the low-key nature of the anniversary to the fact that Nigeria had cause to hold two huge national events – the 50th independence anniversary in 2010 and the May 29, 2011   presidential inauguration that attracted world leaders in the last one year.

A twin-sister to the bogey of bombings was the violence that overtook the northern part of the country  during the April general election s. Worst hit by the violence were Kaduna, Kano, Gombe and Bauchi states, where supporters, mostly youths, of the Congress for Progressive Change (CPC) took to the streets to protest what they alleged to be the rigging of the presidential election.

Scores of people were killed, while hundreds became refugees during the crisis. The most heart-rending aspect of the violence was the killing of 10 corps members who were used as electoral personnel in Bauchi.

The callous murder of the corps members expectedly stirred emotions across the country and, in fact, adversely affected the National Youth Service Corps (NYSC). Many actually called for the outright scrapping of the scheme, which they had outlived its establishment.

The emotional outburst was accentuated by the murder of three corps members last year in Jos, Plateau State. The Federal Government acknowledged the grim situation and promised to review the scheme in view of the new reality. As part of that review, posting to the volatile states of Bauchi, Borno and Yobe has been suspended till further notice. (the nation)