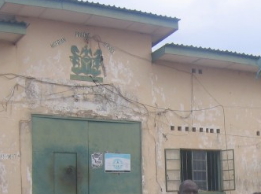 A court in Osogbo today remanded a 23-year-old man, Andrew Peter, in Ilesa Prison over alleged attempted suicide while in police custody.

The Magistrate, Mr Olusegun Ayilara, ordered the defendant to be kept in prison due to the magnitude of the offence involved.

The Prosecutor, Insp Lamidi Rasaki, had told the court that the defendant, who was arrested and detained for alleged theft of a cell phone, committed the offence in April at Okefia area of Osogbo.

He said the defendant was taken to the hospital for treatment but later escaped before he was apprehended and brought to the court.

The magistrate, however, adjourned the case to April 27 for the presentation of facts before sentencing.