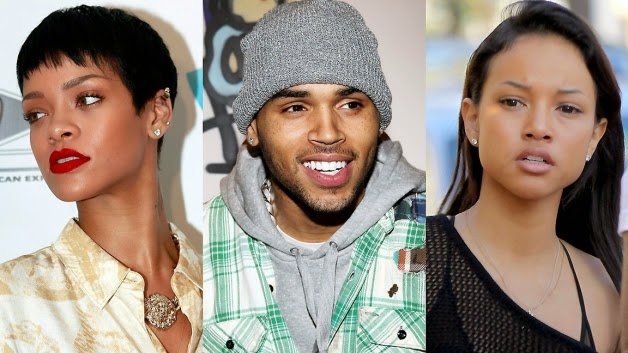 August 11, 2014 – Rihanna Rejects Chris Brown’s Plea To Get Back Together

After suffering a major blow in his career, Rihanna’s ex-boyfriend is finding ways to get back together with her.

According to Urban Islandz, Rihanna wants nothing to do with Chris Brown who is now literally begging her to take him back. A close source to the Bajan pop star told Urban Islandz that Chris called up Rihanna begging to see her but she shut him down.

“He has been texting her nonstop and blowing up her phone begging to meet with her but surprising this time she is holding her ground and told him no,”

“She basically told him straight up she don’t want him or his basic chick anywhere near her. Rihanna is in a better place now, she is more content and focus on herself and her career,” “RiRi will always have love for Chris Brown but she accept that they can’t be together she is way too mature for him,” the source revealed.

Chris Brown seems to be having problem making up his mind between Karrueche Tran and Rihanna.