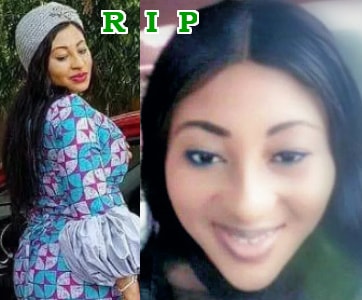 Here is the shocking confession of Friday Jibo, a native of Dekina LGA of Kogi state who murdered her boss few weeks ago at her home in CITEC Estate, Abuja.

Jibo murdered Onise Ismail, the daughter of a serving policeman on the 14th of 2018 and fled.

He was arrested 4 days later  by an undercover police operative.

Here is his confession to Saturday Sun:

“I met her through an advert posted by the roadside requesting for a driver in February 2017. I called the number on the advert and the agent asked me to meet him at Jabi Airport junction. I have never met him before and he didn’t know me too.

He took me to the woman’s house
At her house, she told me she would be paying me N20, 000 monthly and I had protested that the kind of work she wanted me to do for her deserved more than the N20, 000 she was offering me. Apart from working as a security guard, I would also work as a cleaner and also wash her car. She told me to start first, promising to add something for me with time. I accepted and started to work with her.

Two months later, she told me my duties would now include washing her clothes and that I would no longer close early like I used to. She told me I would henceforth close whenever she asked me to close for the day. I agreed without complaining.

Initially, when I resumed the work I didn’t have any problem with her, but with time, the problems began to surface. That was when I started planning on how to kill her. I worked with her from February 2017 to April 2018, before I killed her.

The major misunderstanding I had with the woman came after she started assigning more work for me, which did not go down well with me.

She ordered me to start washing her panties and sweeping the compound. I was angry and reminded her that she had not finished paying my salary for the previous month because she paid me N15, 000, instead of the N20, 000 we agreed. But before then, she had always paid me my complete salary.”

The day I killed her
“When the devil wants to do his thing, there is a way it pursues the accursed individual. The devil really pursued me. Otherwise, I hardly get angry like that. That is why I believe the devil has a hand inside the whole matter.

Before the incident, I had stopped working with her. Occasionally, she used to call me to come and help her do some things. Whenever she called, I would go and assist her. Sometimes, I would assist her to bring her consignments from the airport because she was a businesswoman.

On the day I killed her, I went to her house at 6 pm, at a time I knew she would not be at home. Gaining entry into her house was not a problem because her gate was always open. When I got there, all I did was just open the gate, went in, hid inside the generator house until 8 pm when she drove in and parked her car.

She went straight to switch on the generator because there was no light. I attacked her as soon as she entered the generator house, stabbing her several times on the thigh. She begged me not to kill her and promised to give me one million naira; I nearly stopped, but I was very angry. I continued to stab her in the thigh and thereafter, I cut her throat and she died. The knife I used to kill her, it was the two of us that went to the market to buy it. When I was sure she was dead, I went in and searched her house. I locked the doors and went to my own house at Karu to relax.”

Three days of freedom
“When I got home that night, I wanted to go to the police station to report the matter. Before I started working with her, she took me to Life Camp Police Station where I submitted relevant documents. I wanted to go and report the incident. Somehow, I didn’t go.

Three days after the incident, I received a call from somebody asking me to come to Garki market to meet him. I didn’t know the person calling me was a police officer. When I got there, they arrested me and took me to the police station.

The man who interrogated me asked me if I was aware of what happened to my madam and I said yes. He told me to tell him the whole truth and that was how I opened up to him, I told him how I killed her.

But before I opened up to the policeman, I, first of all, lied that it was her boyfriend that killed her because I know one man that used to come to her house every time. When I saw that it didn’t work, I had to tell him that nobody sent me, that I did the killing alone. They really beat me very well before I opened up.”