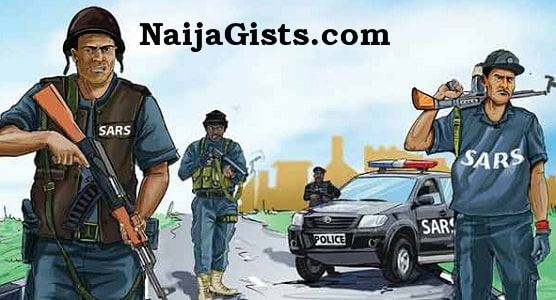 The baby was said to have been dumped in the wee hours by a yet-to-be-identified mother.

According to the Nation, the area was deserted by residents to escape further arrests.

A police source said the arrest of the suspects, including spinsters, two nursing mothers and one aged woman, was to enable the command carry out laboratory tests to detect the baby’s mother.

“The women were subjected to serious interrogation by the Investigation Police Officer (IPO) at the Okpoko Police Division in a bid to unveil who might have been involved in the barbaric act,” the source said.

Okpoko Divisional Police Officer (DPO), I. Jauro, a Chief Superintendent of Police (CSP), said nine persons were arrested in connection with the incident.

“They will be sent for medical tests. I don’t want to the innocent ones to suffer. That is why we call for the tests to help us in our investigation as we are not medical experts to detect the mother without tests.

“If at the end of the day they all proved to be innocent, we will allow them go, while we continue to search for the real suspect.”

800,000 People Commits Suicide By Hanging And With Firearms Every Year – WHO
Shrine Where Armed Robbers & Kidnappers Perform Rituals Before Operations In Delta State Uncovered!!