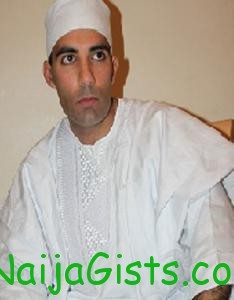 A Briton, Mr. Khomeini Bukhari, who was allegedly dispossessed of his property by two policemen, has demanded N1bn from the Nigeria Police for defamation of character.

He claimed that the police breached their statutory duty by not investigating the incident he said had left him traumatised.In a letter to the acting Inspector-General of Police, Mohammed Abubakar, by his lawyer, Bamidele Aturu, the businessman explained that the FCT Police Public Relations Officer, Moshood Jimoh, defamed his character in an interview he granted to a newspaper after the incident in which he said Bhukari was not “in the right frame of mind”.

The Briton also demanded the investigation of his complaints against the two policemen – Samuel Ekpah and Daniel Marcus – who allegedly assaulted and dispossessed him of N200,000 and a Breitling Chronomat Evolution wristwatch valued at N1.3m at the Milliennium Park, Abuja on October 29, 2011.

The letter, dated March 19, 2012, gave the police a 14-day ultimatum to pay the money or risk being dragged to court.The petition read in part, “When allegations against serving officers of the force, as in the case of our client, are uninvestigated, it is immoral, professionally atrocious and indefensible.“In the circumstances, we have our client’s instruction to demand, and we hereby so do, that you immediately investigate the allegations made by our client against the two named police officers (Samuel Ekpah and Daniel Marcus), and offer an unqualified apology to him in at least three daily newspapers circulating across the country.”

Aturu told our correspondent that he was handling the case for his client pro bono(free of charge), adding that the refusal of the police to investigate the incident was not good for the image of the country(punchng).