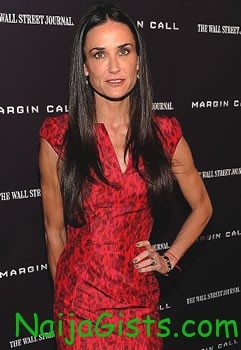 Demi Moore out of rehab

Moore went to Cirque in the days following her brief hospitalisation in Los Angeles after she suffered a seizure-like episode during a party at her home in the city on January 23.

But E! alleged that Demi is still very much ‘on vacation’ at an undisclosed location.

‘She’s in no rush to get back to L.A.,’ an insider tells the website. ‘She’s on total lockdown and only talking to a small group of people.’

Although Moore’s spokesperson never revealed what Demi was being treated for, it was widely believed that she sought help for both addiction issues and an eating disorder.

Her daughter Rumer Willis, 23, who lives nearby and was at Moore’s home when she had her medical emergency, was seen visiting her mother at the hospital before she went to Utah.

Scout, 20, is attending Brown University in Rhode Island, and 18-year-old Tallulah has been staying with dad Bruce Willis.

Couples, Your Bed Is Yours And Not Your Children’s
Justin Bieber gets electric sports car for 18th birthday