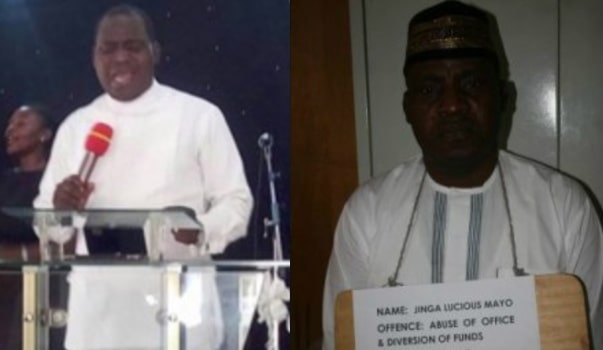 The Executive Secretary of the Christian Pilgrims Welfare Board, Pastor Dr Jinga Mayo, has been arraigned by the Independent Corrupt Practices and Other Related Offences Commission for embezzling funds meant for the committee members of the Adamawa State Christian Pilgrims Board.

A statement by the spokesperson for the ICPC, Mrs Rasheedat Okoduwa, said Mayo was arraigned before Justice Nathan Musa of the High Court 1 in Yola on three counts bordering on stealing.

He was charged for making a false claim on the sum of N69.2m he received to pay the committee members for the 2016 pilgrimage to Israel.

The ICPC said while Mayo did not pay the money to the committee members, he allegedly returned duly signed payment vouchers and acknowledgement receipts supposedly by each member of the committee.

The commission said the action was contrary to and punishable under Section 16 of the Corrupt Practices and Other Related Offences Act, 2000.

The statement said Mayo pleaded not guilty to the charges preferred against him by the commission, while the prosecuting lawyer, Anas Kolo, prayed the court to fix a date for the trial.

Mayo’s lawyer, J. E. Owe, informed the court that he had filed an application for bail, which was granted by the court in the sum of N30m with one surety, who must be resident within the court’s jurisdiction.

The court adjourned the case till March 5 and 6, 2019, for the commencement of trial.