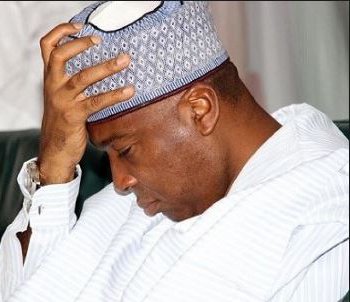 The Court of Appeal has dismissed an appeal filed by the Senate President, Dr. Bukola Saraki, challenging his arraignment and trial by the Code of Conduct Tribunal (CCT).

At the resumed hearing on Friday the court threw out all five issues raised by Senate President before it.

The Abuja division of the Court of Appeal delivered the judgment in the appeal seeking to dismiss the 13-count criminal charge pending against the Senate President, Dr. Olubukola Saraki, at the CCT.

Two judges out of the three-man panel held that the appeal lacked merit.

The third judge, however, upheld the appeal on the grounds that the Code of Conduct Tribunal was not a superior court and that the charges before it were not properly filed.

The three-man panel of judges led by Justice Moore Adumein held that the Code of Conduct Tribunal was properly constituted to try the Senate President.

Justice Adumein said the two-man panel of the Code of Conduct Tribunal was the minimum quorum required, according to the Interpretation Act, to sit in judgement on any issue.

He said the Tribunal did not err in law to commence trial against Dr. Saraki with a two-man panel.

Senator Saraki had challenged the legal propriety of the 13-count charge that was preferred against him by the Federal Ministry of Justice.

The appellate court had earlier adjourned its verdict on the matter indefinitely, a situation that forced the Justice Danladi Umar-led Tribunal to defer hearing on the case against Dr. Saraki Till November 5, to await the outcome of the appeal.

The Tribunal took the decision to suspend full-blown hearing on the criminal case after the Justice Adumein panel of the Appeal Court, on October 21, postponed its judgement without adducing any reason.

Continue Reading
You may also like...
Related Topics:Appeal, court, saraki