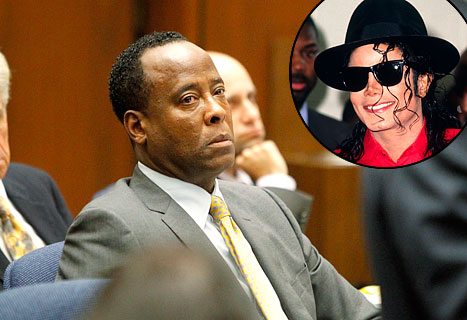 The Medical doctor who was in charge of taking care of Michael Jackson while he’s alive, Dr Conrad Murray has been charged with involuntary manslaughter in the death of the star. He was found guilty by a jury of seven men and five women in Los Angeles. Murray pleaded not guilty to the charges and faces up to four years in prison and the loss of his medical license.

Over the course of a six-week trial, prosecutors argued that Murray was reckless in his treatment of Jackson, and that he abandoned the pop star while he was under the effects of the anesthetic propofol on the day he died in 2009. Murray’s defense team had countered that Jackson was addicted to the sedative and self-administered a fatal dose when the doctor left his bedroom.