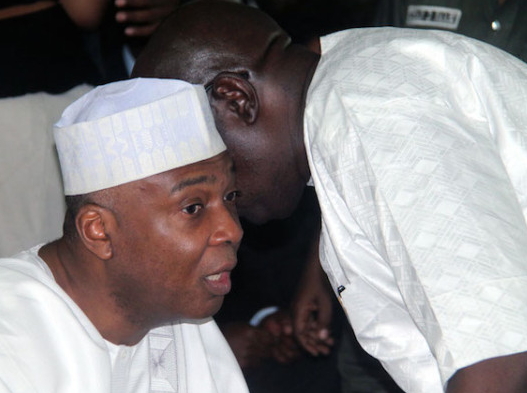 The CCT Tribunal sitting in Abuja on Thursday reserved judgement in the alleged false assets declaration suit filed by the Federal Government against the Senate President, Dr. Bukola Saraki. Earlier, before the tribunal reserved judgement, Saraki, through his counsel, Kanu Agabi (SAN), who led about 105 other lawyers, argued that the federal government, by the charge brought, has not established any prima facie case against the defendant.

Out of the 106 lawyers who represented Saraki at the Tribunal, six were SANS, while others were junior lawyers. 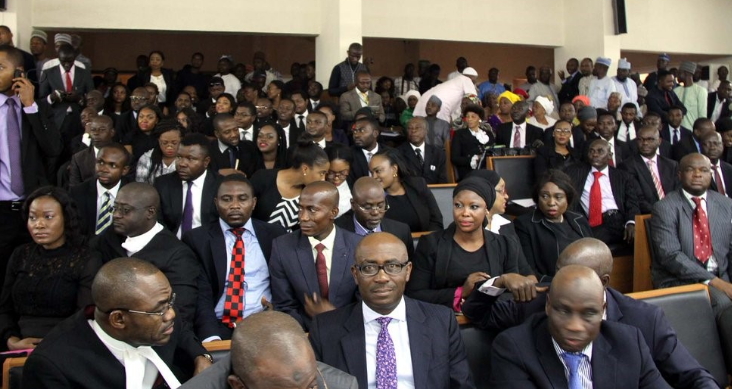 Prosecution counsel, Rotimi Jacobs, however, insisted that a prima facie case has been made against the defendant and, as such, the tribunal should direct him to come and defend himself. The federal government had slammed an 18-count charge on Saraki bothering on false and anticipatory assets declaration. The defendant pleaded not guilty when the charge was read to him.

The prosecution, however, called three witnesses which included an investigative officer with the Economic and Financial Crimes Commission (EFCC), Michael Wetkas, a senior official of the Code of Conduct Bureau (CCB), Samuel Madojemu and an account officer from the GTB.

He noted that the prosecution submitted that the investigation that led to the trial was based on a petition. He, however, urged the tribunal to read the petition, adding that it has nothing to do with the defendant.

Opposing the application, Jacobs submitted that the prosecution had established a prima facie against the defendant.

He urged the tribunal to study closely exhibits 1 and 26 which are assets declarations made by the defendant after investigations have started. He added that on the said exhibits, the defendant listed all the alleged properties which he claimed he acquired in 1992 and 1999.

Jacobs further submitted that going by exhibits 1-5, it will be discovered that the defendant did not declare the said properties. After listening to all the parties, the chairman of the tribunal, Danladi Umar, said the date of judgement will be communicated to the parties.