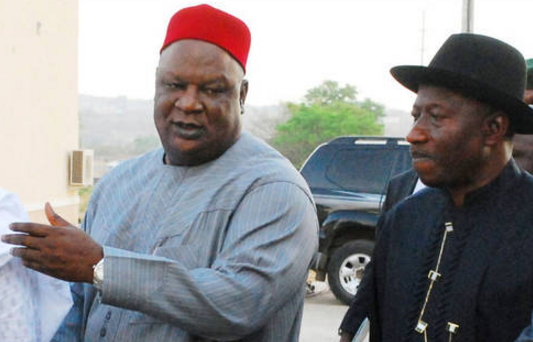 EFCC spokesperson Wilson Uwujaren who confirmed this to NAN this afternoon in Abuja said Anyim is being questioned over an ongoing investigation but refused to give further details.

Anyim who served as Secretary to the Government of the Federation under Goodluck Jonathan administration was the Senate President between 2000 and 2003.

He is being investigated over $18.72 Billion Abuja centenary city project.

The former politician was arrested yesterday.

Continue Reading
You may also like...
Related Topics:anyim, arrest, efcc