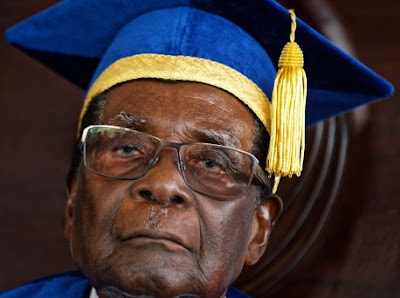 Zimbabwe’s President Robert Mugabe arrived at a university graduation ceremony in the capital on Friday, his first public appearance since a military seizure of power that political sources say is aimed at ending his 37 years in office.

Wearing a blue and yellow academic gown and mortar board hat, the 93-year-old sat in large wooden chair at the front the hall.

He was greeted by ululations from the crowd as he declared the ceremony open.

Earlier, leaders of Mugabe’s party are making plans to force him from office if the 93-year-old leader resists pressure from the army to quit. 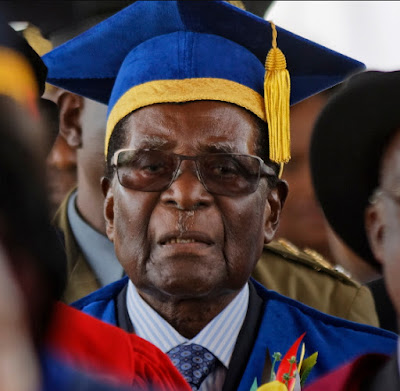 The self-styled grand old man of African politics, the only leader Zimbabwe has known since independence in 1980, insists he is still in charge. But the source, a senior member of Mugabe’s ZANU-PF party, made clear the party wanted him gone. 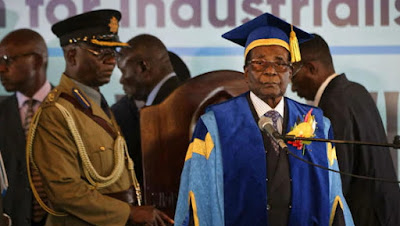 “If he becomes stubborn, we will arrange for him to be fired on Sunday,” the source said. “When that is done, it’s impeachment on Tuesday.”

That suggested Mugabe was managing to hold out against Chiwenga’s coup, with some political sources saying he was trying to delay his departure until elections scheduled for next year. 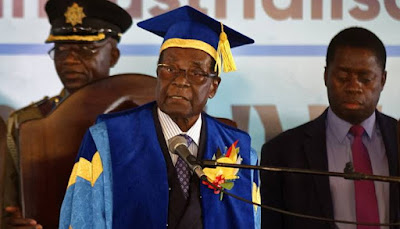 The ZANU-PF source said that was not the case. Anxious to avoid a protracted stalemate, party leaders were drawing up plans to dismiss Mugabe at the weekend if he refused to quit, the source said.

“There is no going back,” the source told Reuters. “It’s like a match delayed by heavy rain, with the home side leading 90-0 in the 89th minute.”

The army is camped on his doorstep.

His wife, Grace, is under house arrest, and her key political allies are in military custody.

The police, once a bastion of support, have showed no signs of resistance.

Furthermore, he has little popular backing in the capital, a hotbed of support for the opposition, which has tapped into the anger and frustration at his handling of the economy, which collapsed after the seizure of white-owned farms in 2000.