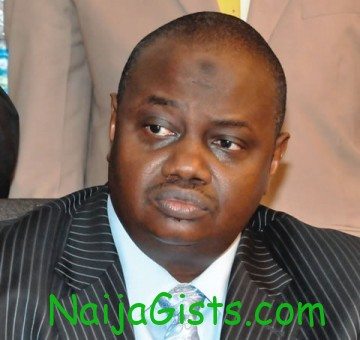 March 16, 2012 – The Economic and Financial Crimes Commission said it is putting finishing touches to its plans to arrest and prosecute civil servants who collaborate with politicians to loot the nation’s treasury.

The EFCC Chairman, Ibrahim Lamorde, in Lagos on Thursday said the commission’s initial investigation showed that there was a high level of corruption in the civil service.

He said, “The way they steal is mind-boggling. We have to look at those of them that enriched themselves by helping politicians to steal or through other corrupt means.

“Some of them even steal more than the politicians. There is no level that is not involved; from directors to the messengers. It is a shame.

“For instance, the government said nobody should use cheques in its ministries, agencies and parastatals for transaction. All transactions are to be done through e-payment. But some civil servants ignored this and instead continued using cheques.

“There was a fraud investigation that EFCC conducted and it was discovered that 13, 000 cheques were used to take money out at different times.”

Lamorde asserted that if corruption must be curtailed, in the country, every sector must be examined.

He said the commission had concluded internal investigation to fish out some of its officials that had been compromised.

“We will soon flush them out of the commission,” he said.

The EFCC chairman said the anti-graft agency was ready to start new rounds of prosecution, but added that it was handicapped by the fact that many of the EFCC cases in courts were yet to be concluded.

He said, “We are worried about the progress of the cases we have in courts. But we are also encouraged by the Chief Justice of Nigeria, who assured that corruption cases must start and end within six months. The CJN is also of the opinion that certain courts should handle corruption cases, an opinion we wholly support.”

He added that to ensure speedy and quality trial, EFCC would soon drop some of its counsel, while vibrant replacements would be found.(punch metro)