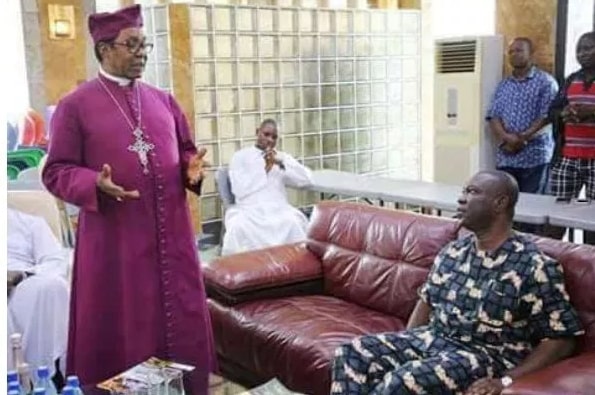 NPF declared on Tuesday security incident at the home of Deputy Senate President Ike Ekweremadu as burglary and not an assassination attempt.

Giving an initial report of its investigation into the alleged assassination attempt on Ekweremadu, police spokesman Jimoh Moshood said four policemen, who were on duty at the time of the invasion of his home by the gunman, had been arrested.

A member of the Civil Defence Corp on duty there is also under arrest, he added.

The police said investigation revealed that the suspects burgled another house before getting to Ekweremadu’s home.

Also arrested is one Mohammed Yusuf from Kaura Namoda, Zamfara State. Another person simply identified as Ali had been declared wanted by the police in connection with the incident.

Moshood listed the items recovered from the suspect as including motor jack, big screw driver, big rod, a small kitchen knife and other house-breaking implements.

The police statement said: “The residence of Deputy Senate President on No 2, Jim Nwobodo Street, APO Legislative Quarters, was broken into by Mohammed Yusuf of Kaura Namoda, Zamfara State, who was arrested at the scene and now in police custody along with one Ali (other name unknown), who escaped from the scene at about 0430hrs, November 6, 2018.

“The police have commenced investigation into the crime and the principal suspect Mohammed Yusuf of Kaura Namoda has volunteered confessional statement after interrogation, admitting to the crime and mentioned one Ali (other name unknown) now at large, who escaped from the scene, to have carried out the crime along with him.”

It added: “There was no delay in police intervention in the incident that occurred in the residence of the Deputy Senate President.

“Four police personnel and one personnel of the Nigerian Security and Civil Defence Corps on duty at the residence of the Deputy Senate President at the time of the incident have been arrested and currently in detention for investigation for negligent acts and dereliction of duty.”

The police spokesman added that preliminary investigation carried out so far did not reveal assassination attempt on the life of the Deputy Senate President and his family, “but a case of burglary”.

“However, investigation is still ongoing to determine, if there is any other motive behind the offence. The same suspects had earlier at about 0300Hrs broken into the residence of one Mr. Haliru Adamu of No. 38 Denis Osadebey Crescent, APO Legislative quarters, where they stole phones, jewelries and other valuables before proceeding to the residence of the Deputy Senate President,” the statement added.

The police said the Deputy Senate President and Adamu had made statements to the police about the two incidents, adding that investigation into the two cases were ongoing and the outcome would be made public.

Continue Reading
You may also like...
Related Topics:burglary, ekweremadu, house