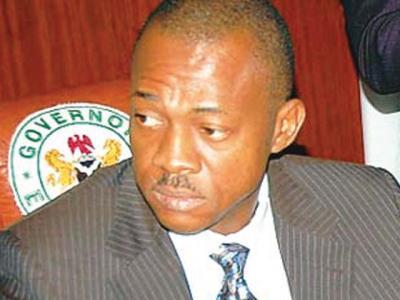 Enugu State Tribunal has confirmed the election of Mr Sullivan Chime as the duly elected governor of the state.

In a judgement delivered earlier today in Enugu, the Chairman of the tribunal, Mr Justice Sunday Otu said the petition filed by the governorship candidate of the Labour Party, Chief Okey Ezeah against the PDP candidate on the April polls lacked merit.

The chairman said that the petitioner was unable to provide necessary documents and witnesses to prove the alleged massive thumb-printing of ballot papers in favour of Chime.

On the issue of nomination of Chime as the PDP candidate during the primaries, the tribunal said it had no jurisdiction to entertain issues of primaries of political parties.

According to Otu, “this tribunal has no jurisdiction to enquire into pre-election matters, the matter should have gone to the Federal High Court.”

The tribunal unanimously dismissed the matter for lack of merit and awarded cost of N20, 000 each to Gov Chime and his deputy, Mr Sunday Onyebuchi.

Reacting to the judgement, the lead counsel to Chime, Jerome Okolo, described it as an “approval of the voters’ wishes” which he said the judiciary had confirmed.

In his reaction, Ezeah’s counsel, Venatius Od, expressed dissatisfaction with the judgement, saying that he would encourage his client to appeal if he wished to.

The PDP counsel, Mrs Justina Offiah, applauded the judgement, saying that the judiciary had clarified the contentious matter.

Ezeah had filed the petition in July contending that he won the election, which, he said, was wrongly awarded to the Chime and the PDP.