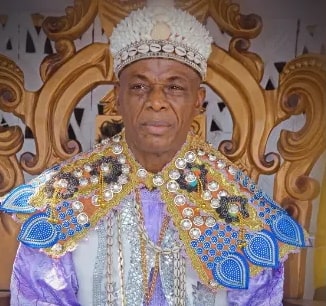 Ooni Of Ife & Several African Americans Who Traced Their Root To Igbo Race To Light Up Enugwu Aguleri, Anambra For Eri Festival 2019

Ile Ife monarch, Oba Adeyeye Ogunwusi and about 25 African Americans are expected to be in Anambra state for this year’s Eri festival in Enugwu Aguleri, Anambra East local government area of the state.

The traditional ruler of the community, Eze Chukwuemeka Eri who disclosed this on Monday to newsmen at his palace, said the event scheduled for Saturday would also attract other dignitaries from all walks of life.

He said the visiting African Americans were among 200 black Americans who have traced their root to the Igbo race following DNA test.

The monarch added that the visitors would be taken to the Aganabo Ezu n’ezu Omamala Confluence to pay homeage to Eri, the father of the Igbo race.

He said, “We have received over 200 African Americans who traced their root to Igbo. They come in batches every year.

‘This year about 25 are coming; the Ooni of Ife, Adeyeye Enitan Ogunwusi would also grace the Eri festival.

“The visitors will be taken to the Aganabo Ezu n’ezu Omamala Confluence to pay homepage to Eri, the father of the Igbo race”. 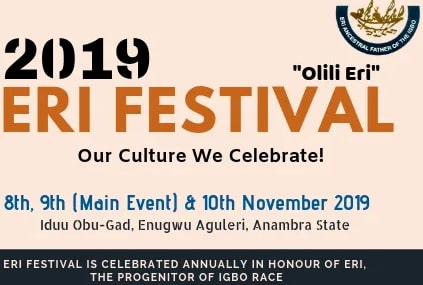 Earlier, Chairman of planning committee of the event, Chief Rommy Ezeonwuka said the festival offered Ndigbo opportunity to retrace their root and unite with their ancestors.

“Igbo people inherited travelling from their forefather known as Eri who is said to have migrated from Israel and landed at Aganabo Ezu n’ezu Omamala River Confluence.”

He assured that all had been put in place including maximum security to ensure a hitch free ceremony.