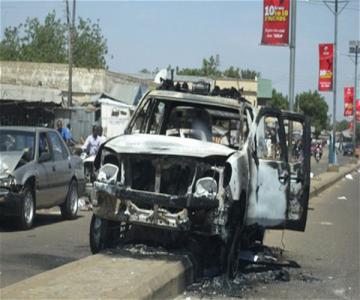 In a statement by spokesperson Catherine Ashton, High Representative of the Union for Foreign Affairs and Security Policy and Vice President of the Commission, the EU said it will continue to support Nigeria to overcome the security challenges.

The statement reads: “High Representative Catherine Ashton strongly condemns the brutal attacks in Borno and Yobe States in Northern Nigeria, which left more than a hundred innocent people dead and many wounded.”

“Such mindless and heinous acts cannot under any circumstances be justified.”

“The High Representative expresses her condolences to the bereaved families and her solidarity with the Government of Nigeria.

“The High Representative continues to support the government of Nigeria in its efforts to address the challenge of Boko Haram in respect of human rights and rule of law, through appropriate political and security means,” she stated.

A statement by the French Ministry of Foreign Affairs, “France condemns with the foremost strength, the terrorist attacks in various cities of Borno and Yobe states.”

“France expresses its solidarity with the Nigerian Government in its fight against terrorism and commiserates with the victims and their families.”