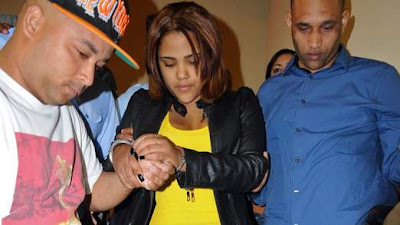 A former winner of the TV talent show Latin American Idol has been charged with drug smuggling after being arrested at an airport.

Martha Heredia was detained after police said they found heroin stuffed in the heels of her platform shoes in the city of Santiago in the Dominican Republic.

She was about to board a plane for New York, said National Drug Control Agency director Frank Duran.

Mr Duran said police had discovered 2.9lb (1.3 kg) of the drug in the heels of three pairs of shoes packed in her suitcase.

Police also ordered Heredia to have X-ray tests to determine whether she had any drugs hidden inside her body. None was found.

If she is found guilty, Heredia could face more than 10 years in prison.

Heredia, 22, became a star in her native Dominican Republic after she won the final of the Latin American Idol contest in 2009 – a Spanish-language version of the Idol franchise. 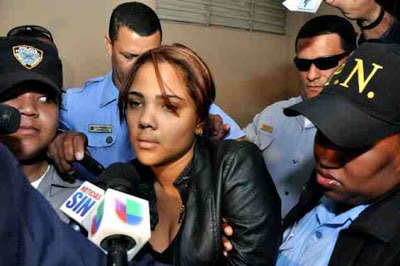 On the night of the final, thousands of Dominicans gathered in public plazas to watch the contest on huge TV screens. Then-President Leonel Fernandez urged Dominicans to vote for her.

After the success, however, she soon faded from public view.

In December 2010, Heredia hit and killed a teenage Haitian boy with her car as he tried to cross a road on foot.

Last month, she filed a domestic violence complaint against her husband, Manuel Varet Marte, a hip-hop singer known as Vakero.

He was ordered to be held in prison for three months as police investigate the case.