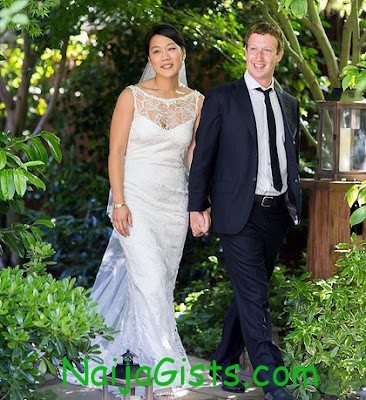 Priscilla Chan graduated from the University of California medical school on Monday as Zuckerberg turns 28.

The unsuspecting guests believed they were going to celebrate Chan’s graduation – but found they were at a wedding instead.

Mark Zuckerberg and Priscilla Chan met in Harvard University 9 years ago and have lived together since them.

We wish them happy married life.