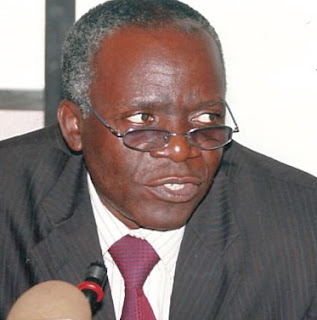 What do you think about the DSS invasion of judges’ homes?

Having failed to take advantage of the relevant statutory disciplinary bodies to purge the bar and the bench of corrupt elements, the members of the legal profession have themselves to blame for the harassment of judges by security forces.

It is on account of negligence on the part of the legal profession that the DSS which screens candidates before they are recommended by the National Judicial Council (NJC) for appointment as judges has now engaged in the arrest of judges for alleged corruption and abuse of office.

Where do you think we get it wrong before we find ourselves in a situation where judges’ homes were being invaded by DSS?

It is a matter of grave concern that the legal profession has allowed the denigration of the hallowed temple of justice because of the misconduct of a few corrupt judges.

For several years, judges who committed grave criminal offences were not prosecuted but merely retired by the authorities on the recommendation of the National Judicial Council (NJC).

Although the NJC recently recommended the dismissal and prosecution of a judge for extorting the sum of N197 million from a litigant, the authorities had paid lip service to the menace of judicial corruption in the country.

In particular, the Nigerian Bar Association which has information on all corrupt judges and lawyers in the country have continued to shield them to the embarrassment of incorruptible members of the bar and the bench.

The few lawyers who have plucked up the courage to expose corrupt judges and lawyers have been stigmatised and treated like lepers by their colleagues.

What roles do you think the anti-graft agencies had played in the past on these issues?

It is on record that when both the Independent Corrupt Practices and other Offences Commission (ICPC) and the Economic and Financial Crimes Commission (EFCC) sent invitation letters to judges suspected of corruption, they had rushed to the Federal High Court to obtain interlocutory injunctions to prevent their arrest, investigation and prosecution.

About two years ago, an anti graft agency found N2 billion in the account of a high court judge. As soon as the judge was invited for questioning, she reported and made a statement and was granted bail.

But as she could not defend the lodgement in her bank account, she obtained an interlocutory injunction from one of the judges in the custody of the SSS. It is common knowledge that two Senior Advocates of Nigeria are standing trial in the Lagos high court for allegedly bribing a judge.

Even though it takes two to tangle the judge has not been charged to court for allegedly receiving bribe.

Where do we go from here? I mean, what is the next thing to do after all these incidents?

As the detained judges are presumed innocent until the contrary is proved by the State, they should be admitted to bail on self recognizance. At the same time, the office of the Attorney- General of the Federation should ensure that the suspects are arraigned in court without any further delay.

To avoid any further embarrassment in the circumstances, the bar and the bench should immediately strengthen their disciplinary bodies with a view to removing the few corrupt judges and lawyers whose criminal activities have continued to erode public confidence in the judiciary.

It is also painful to note that, before now, the demand of the human rights community to the effect that the fundamental rights of lowly placed criminal suspects be respected by the police and other security agencies have been treated with disdain.

But having regard to the fact that judges and other influential citizens have since become victims of institutionalized abuse of official harassment, it is high time that all stakeholders demanded that every criminal suspect be treated with dignity in line with the provision of the Constitution and the Administration of Criminal Justice Act 2015.