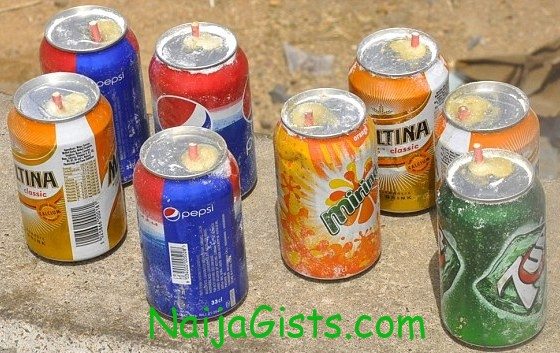 A 38-year old father of six, in Plateau State has been sentenced to six months imprisonment for using an axe to dismantle an explosive planted in a market, an action deemed to have endangered the lives of those around. naijagists.com

Monday Davou, a farmer, who was convicted by a Jos Chief Magistrate’s Court on Monday after pleading guilty to the charge of negligent conduct was, however, giving an option of a thousand naira fine.

He was arrested by security agencies on April 4, after he was found to have used an axe to scatter an improvised explosive device planted at the Riyom market by unknown persons.

The prosecution said the action could have endangered human lives contrary to Section 196 of the Penal Code.

Davou in pleading guilty said he acted in ignorance as he did not know the implication of his action.

He therefore urged the courrt to temper justice with mercy as he was a first offender who had a wife and six children to cater for.

Following his guilty plea, the prosecutor, Mr Yahaya Adamu applied for a summary trial of the accused in line with Section 157 of the Penal Code.

The presiding Chief Magistrate, Venchark Gaba agreed with him saying there was no need to drag the case since the accused had pleaded guilty. He therefore sentenced him accordingly.

Continue Reading
You may also like...
Related Topics:detonating, explosive, sentenced