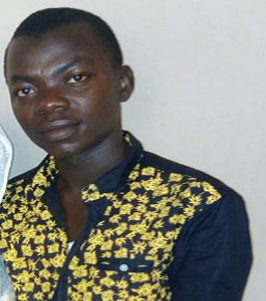 An ghastly crash on the Lapai/Agaie section of the deplorable Abuja-Suleja-Bida Highway has claimed the life of a student.

The late Ibrahim Mohammed, a 300-Level Mathematics student of the Ibrahim Badamasi Babangida University (IBBU), took ill in school and was travelling to Agaie, his hometown, when the accident occurred.

The deceased left the campus, following the one-week warning strike declared by members of the IBBUL chapter of the Academic Staff Union of University (ASUU).

CAMPUSLIFE gathered that the commercial vehicle conveying the late Ibrahim and other passengers had a head-on collision with another bus while trying to overtake.

After the accident, Mohammed was said to be initially unconscious. He died at the Lapai General Hospital where the injured passengers were taken to. Others sustained varying degree of injuries.

Salihu Chiko, his classmate, broke the news on the campus. He wrote:

“My late friend, soft-spoken and generous companion, was sick before the ASUU strike. And while he was travelling to seek medical care, he met his untimely death. We offer our deepest condolences to his bereaved family.”

Salihu described the late Mohammed as “down-to-earth and a loveable student.” The remains of the deceased have been buried in Agaie according to Islamic rites.