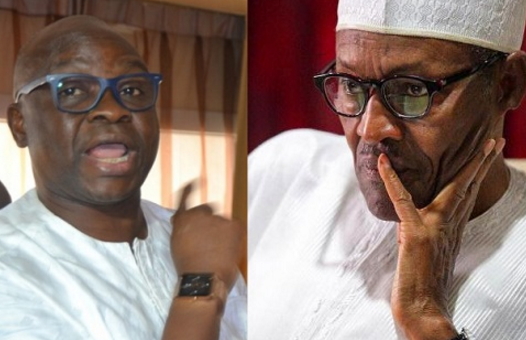 The Ekiti state governor has called on President Buhari to carry out an unconditional release of ex NSA, Sambo Dasuki and IPOB Leader, Mazi Nnamdi Kanu from prison custody.

In a statement released through his spokesperson yesterday, Fayose urged Buhari to release the two while he is still alive.

“It is incumbent on you to now also show mercy. I advise you to show mercy to Nnamdi Kanu and Sambo Dasuki and such other Nigerians that are suffering unjust, punitive, illegal, and unconstitutional incarceration under your directive or administration.

“Allow all those who have been granted bail by the court to enjoy their bail while their trial continues. This is the right, just, and merciful thing to do.”

US To Nigerians: Visa Does Not Guarantee You Entry, You Must Pass Interview At Point Of Entry
Etisalat Nigeria In Big Debt, Company Owes GTBank N42Billion – Segun Agbaje